GAC MOTOR is extremely excited to announce to be the gold sponsor for the 40th ANFP Copa Chile, one of the most representative and important tournaments at the national level, for the 2021 season! On June. 6th, GAC MOTOR signed the sponsorship agreement with National Professional Soccer Association of Chile (ANFP) in Santiago. 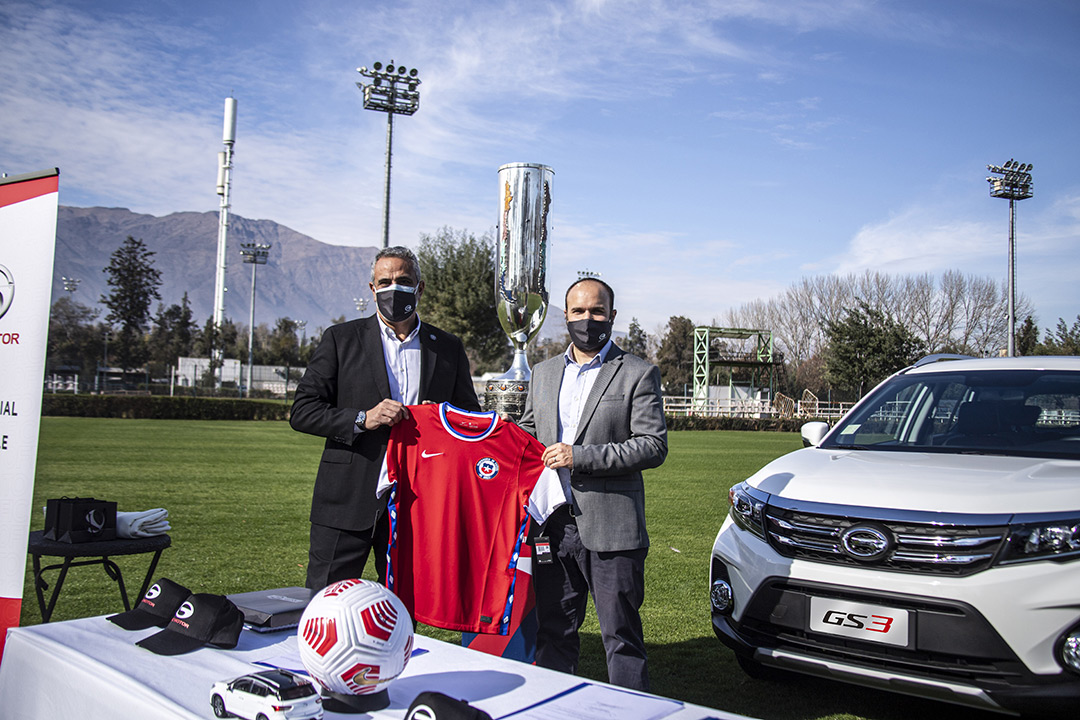 “We are very happy that GAC MOTOR is one of the main sponsors of The Chile Cup 2021,” said Pablo Milad, the president of the ANFP, “This is one of our most important tournaments, which unites the country from North to South.” During the event, Mr. Pablo Milad was invited to test drive the GAC GS3, one of the top GAC models recognized by J.D Power's China Initial Quality Study report. As a brand, GAC MOTOR looks forward to strengthening the connection with local consumers through association with the game.

One of Chile’s Biggest Tournaments

The Copa Chile has a history stretching back to 1958, and every year it is a highlight of the football calendar. Will current champions Colo Colo, one of Chile’s most popular teams, be able to bring the 40th trophy home again this year?

From June to September this year, GAC MOTOR will be a highly visible sponsorship partner for this year’s cup, which attracts millions of fans every year. Amongst the pandemic, when so many large sports events have been cancelled or postponed, the Copa Chile is an extremely exciting opportunity that GAC MOTOR is proud to be involved with. 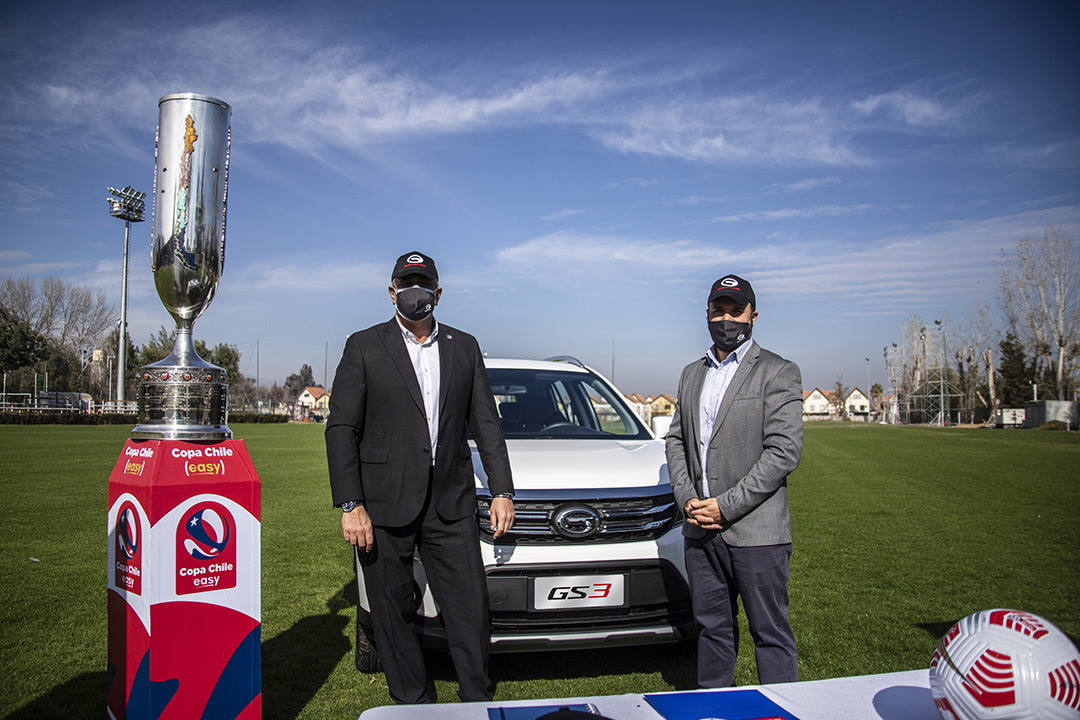 Football is an integral part of life in Chile, with men and women of all ages being drawn to the event: 85% of men and 61% of women in Chile are football fans, and GAC MOTOR expects the eyeballs of the nation to be glued to the screen watching 31 teams battle for the title of Copa Chile champion.

Every year, the Copa Chile is Googled 175,000 times, yielding more than 2 million results. This means that every brand involved enjoys high visibility and a large jump in brand awareness amongst consumers, spread across many platforms: in the news, on social media, by word of mouth and of course, on television during matches.

Having entered the Chilean market relatively recently, this is a golden opportunity for GAC MOTOR to extend branch reach and cement an image of reliability, quality and class. By being associated with the passion of the Copa Chile and football, GAC MOTOR will convey the spirit of GO AND CHANGE to Chilean audiences, increasing consumer confidence, establishing a closer relationship with consumers and constructing a high-end brand image. 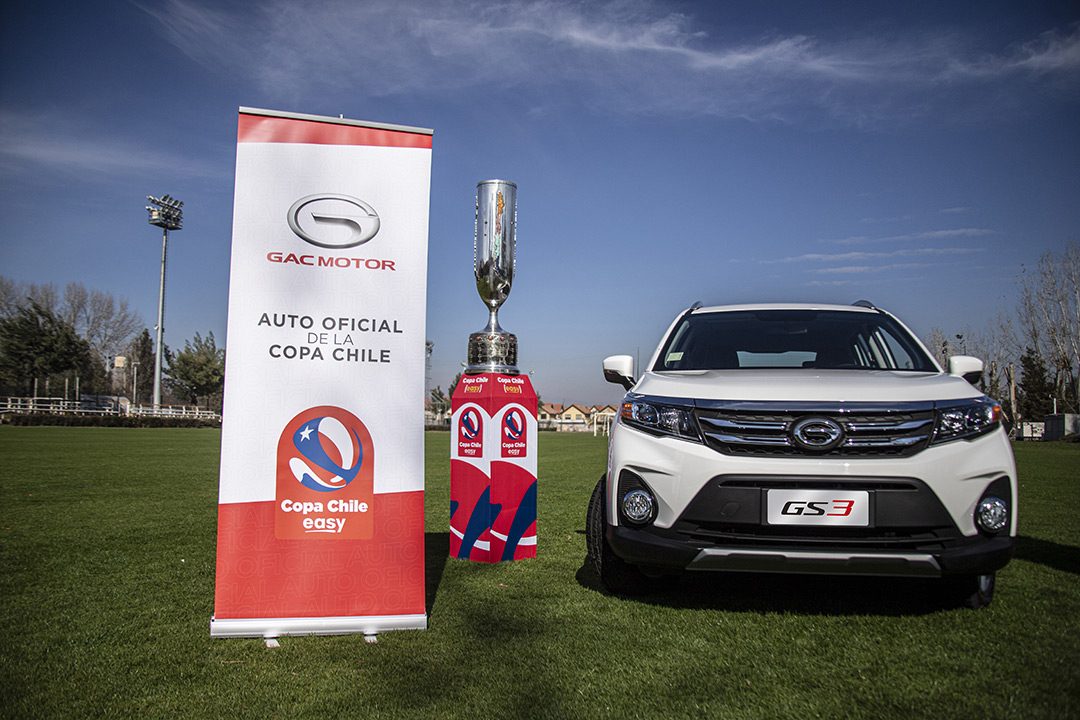 GAC MOTOR: The Official Car of the Copa Chile

Perhaps most excitingly is the sponsorship deal agreed for the Copa Chile final. The trophy will be transported to the game in a GAC MOTOR vehicle, broadcast live on Chile’s TNT channel. The final will be the most-watched game of the tournament, ensuring great exposure for the GAC MOTOR brand and integrating the brand into Chilean culture and society.

As experts in the craft of making vehicles, GAC MOTOR recognizes kindred spirits in elite level footballers, who also channel their passion to create greatness. This partnership represents an exciting step forward for the company, and a fitting partnership.

GAC MOTOR wishes the best of luck to every team. Let’s take our seats and enjoy the show!